Hydrography: The streams and rivers are short but torrential with an impetuous flow coming down the Central Cordillera. Most rivers flow directly into the Atlantic. The main ones are: La Miel, Armida, Tres Bocas, Grande, Concepción, Culebra Indio, Coclé del Norte, Palmea, Escribano and Chagres. The latter serves as a boundary between the Provinces of Panama and Colon. Its middle and lower stretches were flooded to form Gatun Lake, an artificial lake essential for the operation of the Panama Canal.

Agricultural Usage of Soil: Colon Province has a total of 639,400 hectares. According to the agricultural ability 537,500 hectares are suitable for forestry, that is to say that 90.5% are classed as V, VI, VII and VIII and present severe limitations, suitable for pastures, forests and reserves. There are only 101,900 hectares belonging to Class II, III and IV which are suitable for crops and pastures.

Farming: The main products of the Province of Colon for domestic consumption are rice, corn, beans, coconut, coffee, bananas, roots and tubers. The coffee category represents the largest growing area with over 500 farmers who depend mainly on the economy of the sale of this product. Likewise the cultivation of coconut brings substantial revenue to the economy of the province.

Livestock Production: In the region, the business of raising and fattening cattle is the most used and practiced extensively, with an area of ​​about 130,539 hectares. The basic diet through grazing is generalized to the Ratana grass (Ischaemunciliare). The improved pastures are estimated at between 400-500 hectares surface, so it is necessary to increase the number of hectares devoted to forage production. In the province there are about 1,869 cattle farms with a population of 73,951 heads.

Pig farming recorded a population of 24,316 heads and report a poultry population of 979,300 heads (gallinas, cocks, and chickens) with a production of 1,251,900 units of eggs per week, the second egg-producing province in the country. 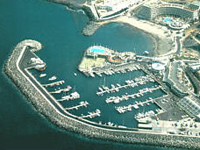 Vegetable Sanitation: The province of Colon is the port of entry for much of the goods entering the country. For that reason a the Department of National Plant and Animal Quarantine (Dirección Nacional de Cuarentena Agropecuaria) has been established to protect the region and form a surveillance zone for animal health which maintains constant surveillance of exotic pests that could arrive in country.

Livestock Technology Dissemination Project: The overall objective of this project is to establish a framework for meat and milk producers to increase the use of technology adoption within the livestock sub-sector.

The identification of the need to establish demonstration units for rearing and fattening of milk producing stabled cows. Within these units alternative technologies which have been validated by the IDIAP will be used to in identifying and diagnosing possible deficiencies on site.

Stallion Renewal: This national program has been launched for beef and milk producing farms in order to genetically improve livestock with the introduction into the herd of bulls of high genetic value. In the province of Colon, some 145 stallions have been introduced from the breeds: Brahman, Indo Brazil, Guir, Holstein and Brown Swiss at a cost of $148,050. 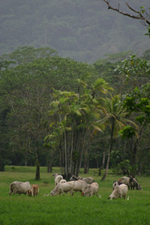 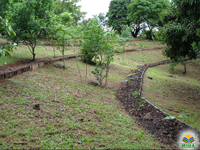 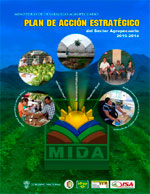