General Information About the Republic of Panama and Provinces

Bocas del Toro is a province of Panama. The capital is the city of Bocas del Toro on Isla Colon (Colon Island). The population of the province numbers some 89,300 people. The province consists of the Bocas del Toro Archipelago, Bahía Almirante (Almirante Bay), Laguna de Chiriquí (Chiriquí Lagoon), and adjacent mainland. Major cities or towns include Almirante, Bocas del Toro (aka: Bocas Town), and Changuinola. The province borders the Caribbean Sea to the north, Limión Province of Costa Rica to the west, Chiriquí Province to the south, and Ngöbe Bugle Comarca to the east. The Río Sixaola forms part of the border with Costa Rica. An old railroad bridge spans the river between Guabito and Sixaola, Costa Rica. The bridge is a border crossing used by tourists going between destinations in Bocas and Costa Rica.

Its extension is 8,745 kilometers and is formed by 9 principal islands. There are many plantation of plantains here, often called the oro verde or green gold of Central America. 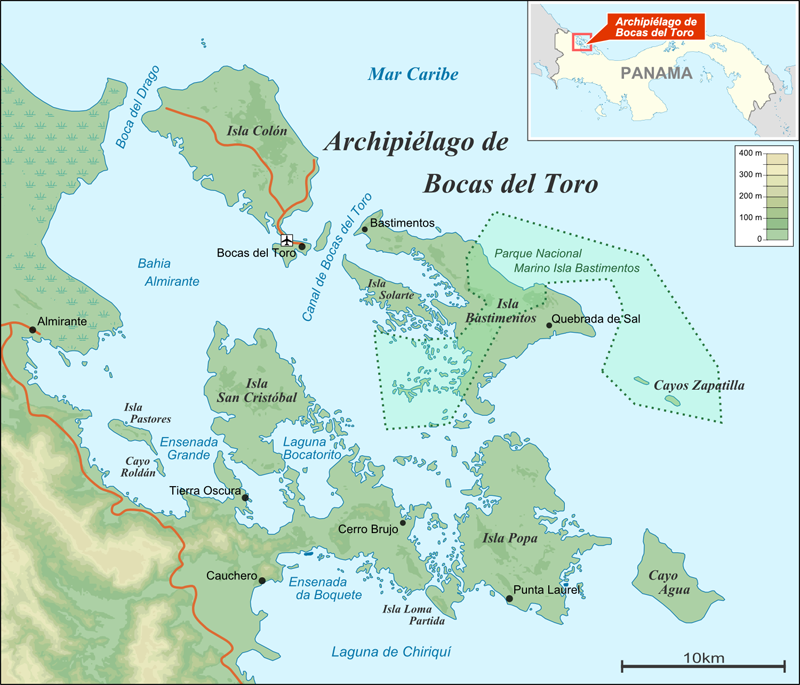